Now we know why Kirkbride is so anti-transparency

Andrew MacKay – a combined household income of nearly half a million pounds a year, yet couldn’t spare enough to get his teeth fixed.

He claimed full second home allowance on his London address, while his wife, Tory MP Julie Kirkbride, claimed the full allowance for another home.

Quite bizarre to hear this today, almost as if it were news! Two months ago I pointed out that the same MP and his wife Julie Kirkbride were both claiming second home allowance, despite them both presumably living together.

It is now clear why Julie Kirkbride was so intent on keeping her address secret, as it would, after all, have confirmed that both her and her husband were living at the same address and both claiming second home expenses. As I said at the time:

Kirkbride has been against any form of a transparent Parliament right from the off, and I am not surprised, she also claims the maximum housing entitlement, despite her husband being an MP and also making the same claim! They couldn’t stay together when in London? They need £50,000 a year for accommodation in London for the two of them? Between them they also rack up nearly £300,000 in expenses.

At the time I thought that they were making separate claims for housing in London, which in itself was bad enough but instead they were both claiming separately meaning the taxpayer not only furnished both their homes but also help pay both mortgages too!

Asked if his expenses claim felt wrong at the time, he said: “Looking back now, it does look strange. I have clearly made an error of judgement for which I profusely apologise.” 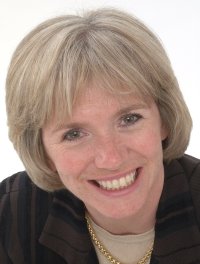 Julie Kirkbride – Photo used entirely without permission, just like she used my taxes.

It is reassuring to see that not only was Julie Kirkbride there at the very beginning of the Tory sleaze scandal, even 18 years on, she is still as dirty as the best of them.

Senior Tories say they do not expect to take any action against his wife, Julie Kirkbride, with sources suggesting “for the time being she is in the clear”.

I find this shocking, but a typical Tory tactic. MacKay will fall on his sword, or at least get a nasty paper cut, but nothing else, and his wife will get away Scott free; despite them having to claim their expenses separately so neither can blame the other or claim they were unaware.

As I mentioned in the previous post, Julie Kirkbride was hell bent on stopping expenses and her address becoming public knowledge and this is clearly the reason why. To claim that it was merely an error of judgement, on the part of Mr MacKay, is a complete falsehood. They both knew precisely what they were doing, and were positively shitting themselves at the thought that they may be discovered. This is why they were voting against any form of transparency at every turn and worse still, voting for new laws to hide their information.

Now that they have been found out, they simply assume an apology and an offer to pay back the fraudulently claimed expenses is enough. 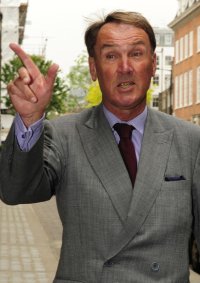 Andrew MacKay MP may be in for a shock when he discovers paying it back means out of his own paypacket.

In his interview, MacKay claimed that he didn’t know how much he needed to pay back, only that he would meet with officials and payback what they told him to. Together he and his wife have claimed nearly £250,000 in housing expenses since 2001. Is he going to pay all of that back? Unlikely.

Since this story broke we have seen MP after MP appear on television stating that they fully intend to pay back the money that they have claimed in ‘error’, and a lot of the time we are not talking paltry sums. This of course had me thinking, how on earth can they afford to just payback these £4,000, £10,000 and £20,000 claims, just like that? If they are that well off, then it begs two very important questions:

Of course few, if any have actually mentioned paying what they owe right away. Indeed the MacKays have offered no time frame or even given a ball park figure for what they owe. Technically he could argue that he only need pay back half as the other half was ‘within the rules’, it is also unlikely that he’ll pay back the full 8-9 years, probably just the last 4-6, most likely four as he seemed to indicate in his interview.

Meaning he will probably at most pay back £85,000, but more than likely he will make a few token payments, at which point the Commons Committee will decide he has been suitably reprimanded and put through enough, and let him off. Let’s be honest, we have no way of knowing.

MPs have made it virtually impossible to discover what they are claiming, or indeed what they are getting up to, at our expense. These revelations have only come to light due to leaks to the press; leaks that the same MPs are now trying to plug and prevent by bringing in the police. Once this furore has blown over, and the leak(s) plugged, it will be swept under the carpet and simply be a case of, ‘as you were gentlemen.’