The Need for Speed

When I was a boy I heard about the development of a new fighter for the Royal Airforce. This of course was at the height of the Cold War, when movies such as Top Gun were the most talked about films in the school yard and when The MiG 29 was the plane to beat.

The USA had the F14, F15, F16, and F18 – Britain had the Tornado. Even as a boy I never thought that the Tornado looked much, certainly not in comparison with other aircraft around at the time.

So I was very pleased to hear about the production of a new, ultra modern, world beating fighter that had been announced in 1986, it evoked images of past British greats like the Hurricane and the Spitfire. I believed that when I grew up, the Eurofighter would be the most feared fighter plane in the world.

Twenty two years on, I am all grown up, and the Eurofighter-Typhoon has yet to see combat operations. This is another joke for the MoD. The Typhoon arrived over budget and 15 years late.

I remember 8 years after the announcement of the Eurofighter,  hearing about its maiden flight on the news and thinking, ‘Wow, they’re still making that!’ The Cold War was over and the talk then was of the upcoming stealth fighter, the F22 Raptor, mostly due to the computer game of the same name. The Eurofighter was not a stealth aircraft and so already appeared out of date.

The F16 came into service four years after its maiden flight, the Tornado five years. The Typhoon nine and it still hasn’t seen service abroad for the RAF. 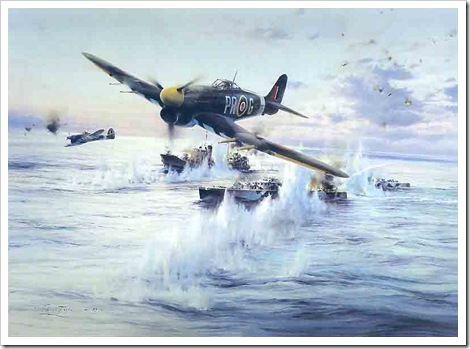 The original Typhoon entered service a year after its maiden flight.

This isn’t the only problem that the MoD has had with new equipment. The clansman radio system used by the army was due to be replaced in 1989, its over budget replacement is also over a decade late. BOWMAN, or as the squaddies call it ‘Better Off With Map And Nokia’, clansman’s replacement is full of bugs and is almost out of date before it is in full use.

The aircraft carriers that were recently ordered aren’t due to enter service until 2014, which probably means 2025, and I am sure that they too will be way over budget.

I am not sure what has happened to the MoD procurement department, they seem incapable of actually managing anything. These mistakes have been criticised time and again yet still nothing is done.

Despite all these problems actually getting modern aircraft, ships and equipment, and the fact that it is already costing British lives, Gordon Brown is trying to cut even more money from the Defence Budget!

The man is a complete imbecile! If he really wants to save money, he could bring the troops back from Iraq and Afghanistan and save £4+ Billion a year. The idiot jock supported sending our troops into two major and long term conflicts, the least he could do is make sure that they have enough money to be able to do their job.

This just about sums up our politicians:

“Prime Minister Brown is reported to have agreed to a defences review, according to a senior defence analyst, provided it is not called a defence review, and instead called a “defence capability review”.

Lies, Spin and Deceit. Brown cannot even admit that he needs to have a review, despite the criticism from coroners and the bodies piling up, instead it has to be phrased a ‘capability review’ 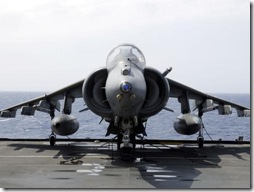 Brown and the Labour Government have destroyed what was left of our armed forces not only have they skimped on equipment and wasted billions on foolish projects, they also now pretty much buy all military equipment from the US.

Gone are the great names in aircraft development, Fairey, Supermarine and Hawker. The last great military development by the British was the Hawker Harrier, and what achievement it was.

It’s replacement is the F-35 Lightning II, formerly the Joint Strike Fighter, a US built and controlled aircraft that is an extremely expensive replacement for the Sea Harrier at approximately double the price per aircraft of the Typhoon.

2 responses to “The Need for Speed”